Bija Mantra RAM of Manipura Chakra and RAMadan: RAM in Kundalini Yoga and RAMadan in Arabic  indicate Fire or Heat. I propose that Sanskrit was the origin of RAM in RAMadan.

RAMADAN:  Ramad in Arabic is "SCORCHING”.  It means Scorching of Sins by fasting. That was the month, when the pre-Islamic Arabs laid down their arms and observed truce. With the advent of Islam, Ramadan signifies monotheism.

Arabic R-M-D denotes heat.  In Sanskrit, Ram-रं is the Denotation of Fire. Ram is the Primary Essential Causal Stress Sound for Fire. Ram is the name for Fire that Yogi hears from the Absolute God. Agni-अग्नि is the Sanskrit name (Connotation) for Fire; Agni is the connotative(secondary) name heard by the ear. The Europeans hear the word Agni and their "imperfect tongue" called it Ignis. From Ignis came the word Ignition.

RAM is the distorted sound as heard and uttered by the imperfect us; the degree of distortion depends on the nature and sensitivity of the Relative Ear and Tongue.

Cuckoo and the crow (kākā = காகா) are named onomatopoeically from the sound they make. This is the sound they make when they are subjected to stress--External Stress-induced Sound. When the firewood is burning, it emits many sounds, which the Relative Gross Ear hears. The Causal Stress Sound or the Primary Essential Sound fire emits is Bija Mantra Ram रं  which only a Yogi hears. Various organs in the body make Causal Stress Sound Hamsa हंस and so on. The heart makes ‘Lub-Dub’ sound. The heart’s name in all languages should be ‘Lub-Dub.’ Primordial Sounds descend to our relative levels according to our Relative Ears and Relative Tongues. Some do not descend to us at all. 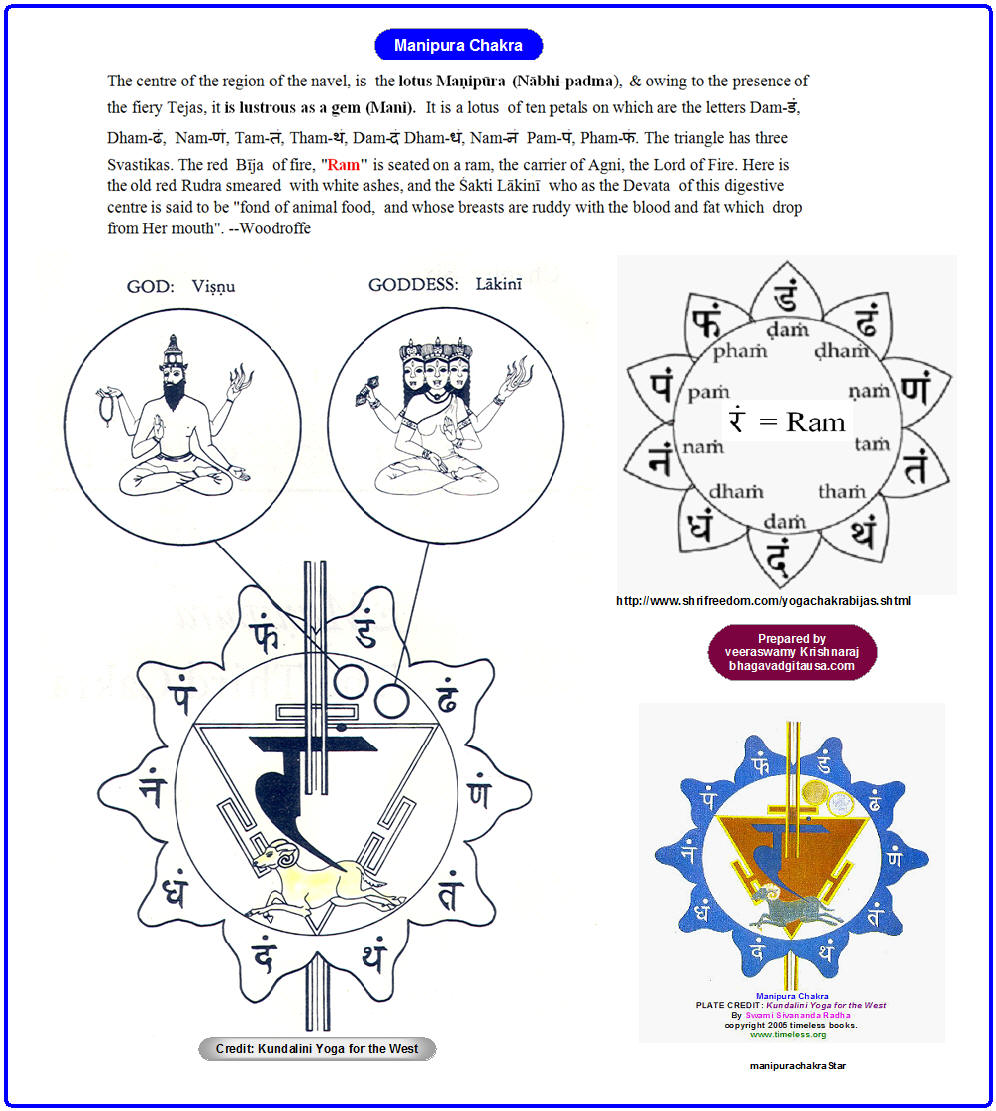